We would like for you to meet this week’s Hometown Hero: Brandy Eldridge!

Brandy Eldridge is the executive director of CASA for Children and Texarkana Children’s Advocacy Center. She has been with CASA for three years and was in education for 17 years prior. Brandy is also a member of the International Rotary Club to End Human Trafficking, the Children’s Advocacy Center of Arkansas, the Pleasant Grove ISD Board, Women of the Arts, and Women for A&M-Texarkana.

To Brandy, being a CASA volunteer is such an important volunteer position. Each CASA volunteer is appointed by a judge to advocate for a child’s best interest in court. These volunteers help judges develop a fuller picture of each child’s life. Their advocacy enables judges to make the most well-informed decision for each child.

Being the Executive Director of CASA/TCAC is Brandy’s greatest professional accomplishment. “I get to work with an amazing team of experts who have dedicated their lives to making a difference in the world,” she said. Each day, the staff is there to bring hope, healing, and justice to children who have suffered from child abuse and neglect. Brandy believes she works with hometown heroes all day. “We are part of a large, community network of organizations helping children; law enforcement, child protective services, judges, attorneys, volunteers, and so many others who advocate for children’s voices to be heard and counted,” Brandy explained.

Brandy’s favorite thing about Texarkana is how it’s as big or as small as you want to make it. Texarkana has a small-town feel but has many of the amenities of a city. Brandy remembers Texarkana before Starbucks and when there was a cow pasture on Richmond Road! “I love going to a football game and saying hello to neighbors and friends. I love when my doorbell rings and friends are stopping by to say hello,” Brandy said, “I have lived in metropolitan areas, and that doesn’t happen. Here, people drop off a Julie’s Deli casserole when you don’t feel well.”

Speaking of Julie’s Deli, that is one of Brandy’s favorite local businesses! According to Brandy, “There is no other chicken spaghetti worth talking about, and it’s always great when I need to pick up a casserole.” If you don’t make a great casserole, you at least better know where to buy one. Brandy has also recently fallen in love with Urban Tea Town. It is a really great hidden gem, and they surprisingly serve great coffee. She also really enjoys Graham Slam Bakery because they offer delicious Keto-friendly desserts.

Brandy views her greatest personal accomplishment as her three children. “Seriously, I probably had very little to do with their wonderful personalities, but I like to think my husband and I did something great with our lives,” she said. Brandy loves adventure and has a hard time saying no to a dare. So, she enjoys anything that involves new places, new people, and trying new things. Since COVID-19, her adventures have largely been centered around Albert Pike. The river there has allowed her to meet new people and go on some new adventures. She has blisters and chigger bites to prove it!

FUN FACT: There was a very short period in my life when I thought I wanted to act. I was an extra in a movie and they gave me a line as a nurse, “You have a visitor.” They cut my line and the movie went straight to DVD, as did my acting career. 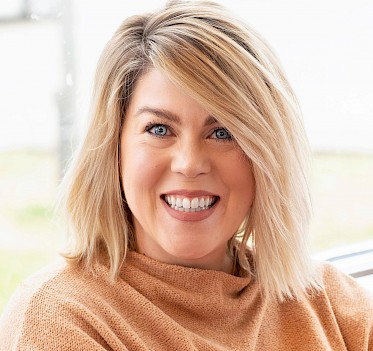