Watch Out for RSV!

The winter season brings with it many different illnesses. Illnesses such as the cold and flu become increasingly common as the weather gets colder, but along with them comes respiratory syncytial virus (RSV). Just the name of that virus may send a shiver down the spines of many of you. Even though RSV usually just presents itself with the symptoms of a cold— if it shows any symptoms at all— it can be pretty dangerous.

RSV usually only presents real symptoms in older children and adults. They may suffer from a fever, wheezing breath or trouble breathing, difficulty drinking, a stuffy or a runny nose, and lethargy. These symptoms alone aren’t dangerous and hardly differ from other illnesses, but in the right (or wrong) cases, it can be dangerous.

RSV is one of the most common causes of bronchitis and pneumonia in infants, and most children will have had a case of RSV by their second birthday. The illness usually clears up after a week or two and the symptoms can start off quite mild. Like with a cold, your child may have a runny nose and a cough, but if they show any trouble in breathing, then it could be more serious. Don’t ignore the symptoms because if RSV goes untreated it can cause potentially deadly complications. One of the scariest things about RSV is that infants may not display any symptoms except for irritability. Your baby may seem healthy but just a little fussy, and then suddenly they are extremely ill and are having to be intubated in the hospital. If you think something is wrong with your child it’s safer to just go ahead and bring them to HealthCARE Express than to just pass off the symptoms.

RSV is usually contagious from three to eight days, but in some infants, it can stay contagious for up to 4 weeks! This virus, like many others, is transferred through the droplets of mucus and saliva that leave the infected person when they sneeze or a cough. RSV is very contagious and easily contracted, so if you or your child have contracted it, it is best to stay home and isolated from those who could suffer badly from it.

The best way to avoid spreading RSV is to keep cases of it isolated instead of chancing it spreading to others. Wash your own hands and make sure your child does too if they are old enough to cover their mouth and nose when they cough and sneeze. Of course, be sure to disinfect surfaces that have been in contact with your sick kiddo.

While RSV is most commonly associated with infants and young children, anyone can catch it. RSV is only dangerous in the very young and elderly, as well as those with a weak or compromised immune system.

RSV usually clears up in a week or two on its own if the sick person follows proper precautions and correct medication and stays hydrated. Severe cases, like those mentioned above, can land children or the elderly in the hospital where they have to have breathing treatments done. Just be very aware of how your children are doing this season, and if they start to show signs of acting a little funny, it’s better to be safe than sorry. Bring them right to HealthCARE Express and we will make sure your little one gets back on the right track to being healthy and happy. 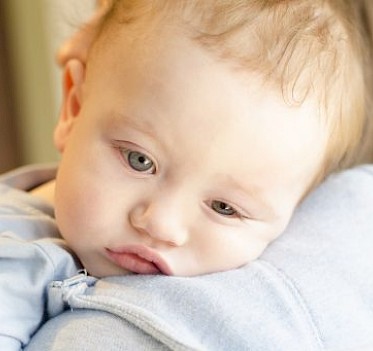