Rockstar of the Week: Tonya Traylor

Rockstar of the Week: Tonya Traylor

Many people born or thrust into adversity do not rise above it. But there are some who take the challenges life has presented to them and flourish. HealthCARE Express’ Tonya Traylor, is one of those people.

One of eight children, Tonya intimately knows struggle. “I think, more than anything, my parents wanted to provide the best for us,” Tonya remarked fondly. Her father worked at Red River Army Depot near Texarkana, TX, but for a household of 10, it wasn’t enough. So, the whole family worked, cutting wood for the entire Arklatex area. “It made us stronger. It made us persevere,” Tonya said. Instead of creating resentment in the children, it built in all of them an amazing work ethic. Both Tonya and her twin sister went on to get degrees in nursing, and one of her brothers, Jeremiah Trotter, went on to play for the Philadelphia Eagles for 14 years!

Tonya’s trek to success, like that of many others, didn’t start off smoothly. “I got pregnant in my sophomore year. I got married. I had three kids. And then… all of a sudden, I was getting a divorce,” she said. This was when she was struck with one of the most pivotal decisions in her life. Would she struggle to get by as a single mother and become just another statistic, or would she defy all odds and go back to college while raising her children? Tonya gathered her strength of will, tapping back into that work ethic that was instilled in her at such a young age. She was not going to become another statistic.

At the time, Tonya’s choice to go back to school wasn’t one born from wanting to better herself, it was from necessity. She approached the college counselor and presented the credits she’d already earned. After looking them over, the counselor declared, “With these, you can start the LVN program, and you’ll be working in a year.” And so she did. Tonya went to LVN and she never stopped. As a working mother, she had to approach the program in steps. She worked six years as an LVN at CHRISTUS Saint Michael Hospital in Texarkana, TX, then went to work for a local prison. “At the prison, they pay for your entire education,” Tonya explained, “I mean every book, every class, every inch of it. They pay for everything and you only have to work part-time but still get full pay.” It was because of this job that she was able to continue on into the RN program. But she didn’t stop there.

Tonya continued her schooling. Though she had begun this part of her life due to necessity, she had grown to love her career. She wanted to go farther and farther into it, and she wasn’t going to let her education hold her back. “There are genetic things, like my gender and race, that I can’t control that can set me back,” Tonya said, “but my education wasn’t going to be something that stopped me.” She earned a Bachelor of Science in Nursing and then her first master’s degree. That’s right. First. She has two! It was during this time that Tonya returned to Saint Michael Hospital and worked as a case manager and then their palliative nurse practitioner, after earning that degree.

Four years ago, Tonya left Saint Michael Hospital and joined the team at HealthCARE Express’s former Pain Management clinic in Texarkana, Texas. During that time, she began and finished her doctoral program. With that degree in hand, life had bigger things in mind for Tonya. HealthCARE Express approached Tonya with an offer she couldn’t refuse— the opportunity to be the provider at her own clinic. She eagerly accepted, looking forward to this next step in her personal journey. She went from a single, struggling mother to the provider of the HealthCARE Express here in Mount Pleasant, TX. “I’m ready to be a leader,” Tonya exclaimed, “I’m ready to make something great.”

It’s amazing to think about how she has come this far and worked so hard in something that started out as just a means to an end. “I only chose the LVN program because with it I was able to start working in a year, and I would be able to take care of my kids,” Tonya explained, “but it turned out to be the best thing I’ve ever done! I love taking care of people and educating them on how to live better, healthier lives. My passion grew out of necessity.” 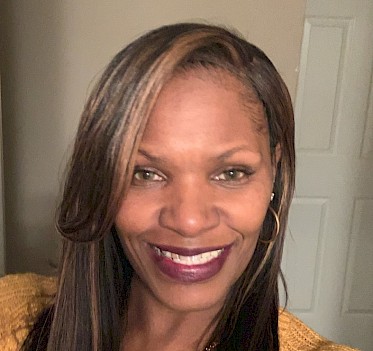