We would like for you to meet this week’s Hometown Hero: Jerald “Burger” Birmingham!

Why is he called “Burger,” you may ask? When he first started EMT school, he was working at Burger King. His instructor used to refer to him as “Burger Boy,” and over 17 years later, the “Boy” has been dropped and he is now the Burger of the EMS world.

Burger works at Southwest EMS as a paramedic, clinical educator, and base supervisor. He’s worked for the company since February 2016. He is also the captain and training officer with the Horatio Fire Department and is a member of NAEMT. He loves volunteering with the fire department because it’s a group of people who give their time and hearts to the community without asking for anything in return. He also believes that the community has the largest heart in Arkansas since they give back when anyone needs help.

When asked about his greatest professional accomplishment, Burger stated that he is proudest of becoming an EMS educator. “At a young age, I always wanted to work on the ambulance. Seeing my mother and grandmother work in hospitals and nursing homes, I knew I wanted to help people,” he said, “I never thought I would be in a position to teach and educate new providers in EMS when I started this back in 2003.”

Burger loves the people of his hometown and the family feeling you have walking around the town. “I never realized how close De Queen, Horatio, Lockesburg, and Sevier County are as a whole until our family had a house fire in 2015,” he explained, “The love and support shown from the community has grown my love for this community. I want my children to experience the family feeling that I get from this community.”

Besides his children and grandchildren, completing his Bachelor’s degree in EMS Administration is Burger’s greatest personal accomplishment. In his free time, he enjoys four-wheeler riding and off-road mudding with his kids. He also enjoys a good bonfire with his friends and family on a cold, starry night. 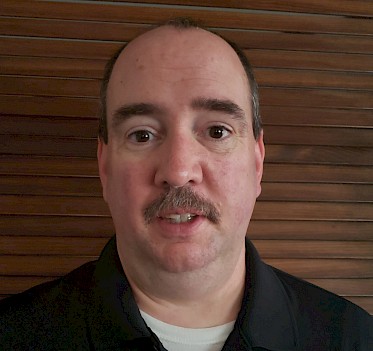